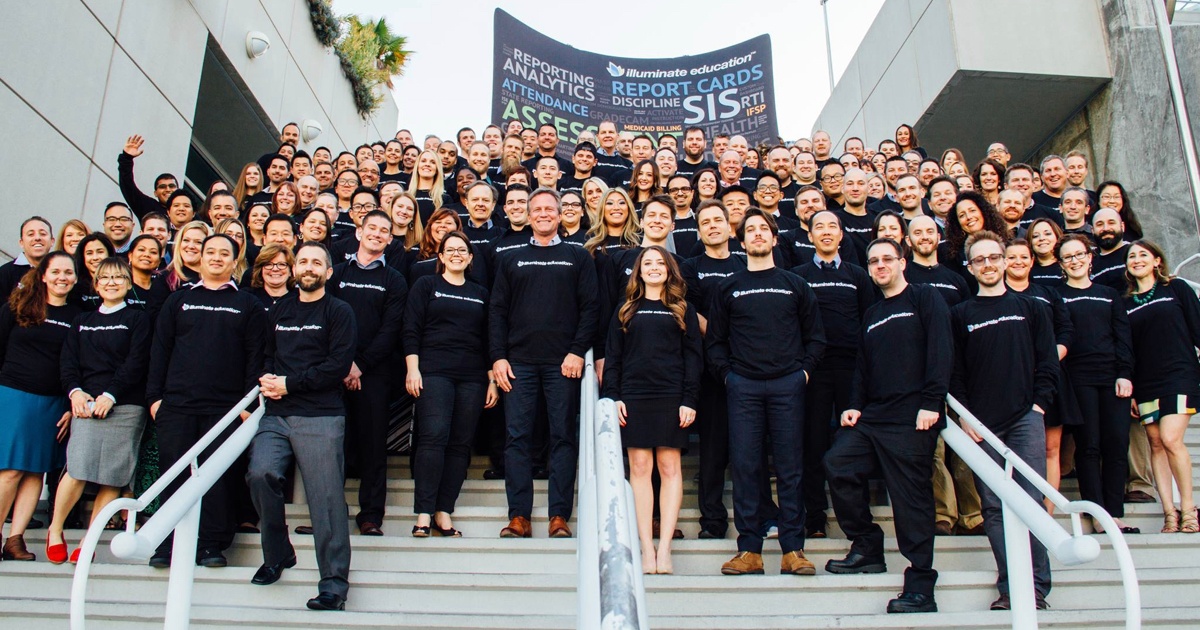 Illuminate Education is the third company Lane Rankin (CEO and President) has started, and he decided that this time around, he was going to do things differently. "I wanted to learn from what I did right and wrong with my previous companies, and well as bring lessons learned from being a teacher, specifically those around engagement," says Rankin.

One lesson or objective was to empower his 200 employees to "create new opportunities for the company while solving problems for our clients," says Rankin. This meant finding ways to create a sense of ownership and empowerment.

To help, Rankin put an employee share plan in place that has shared $60 million with employees over the last eight years. What the company has gotten in return is growing financials, from $150l to more that $34 in seven years, as well as something that Rankin says is their most valued accomplishment: employee loyalty. They've only lost three employees since they started the company, so Rankin must be doing things right.

It's paid out a smashing 50% of profits, which is significantly above payouts from most profit-sharing plans, where a higher percentage is saved for the CEO and his or her executives. "It's not about me, Lane, the owner. Rather, it's us in it together," Rankin says. "But you have to put your money where you mouth is." And that's exactly what they did.

It's not about me, Lane, the owner. Rather, it's us in it together . . . But you have to put your money where you mouth is.