Flywire: Having fun breaking down barriers 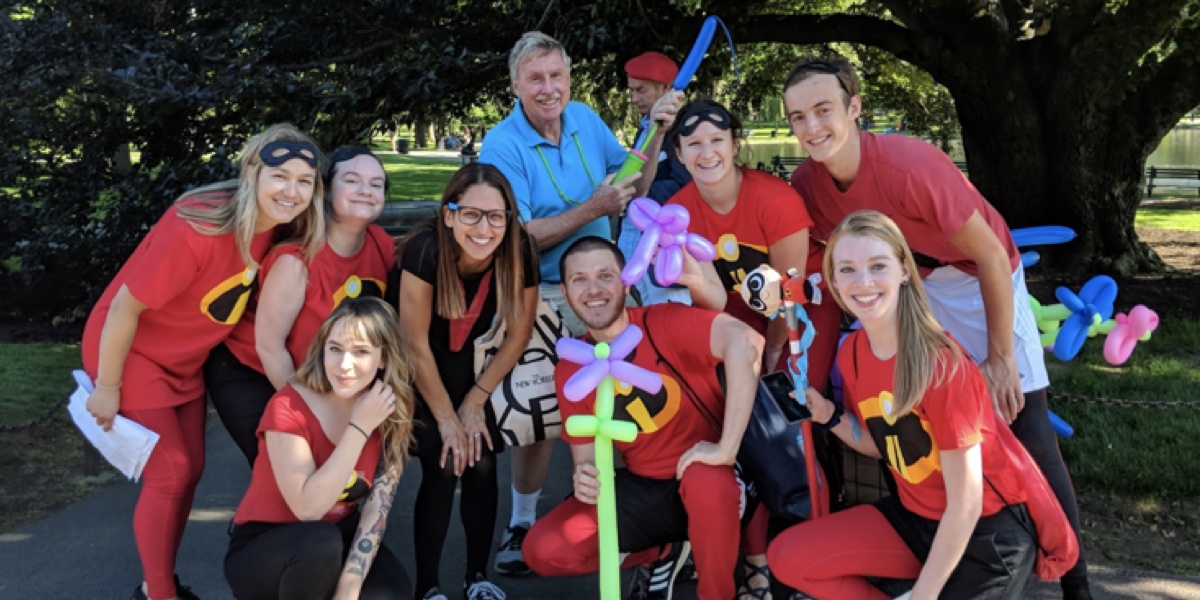 My first question when interviewing someone for a play is always, ‘Why did you decide to be rebellious, doing something a bit different’?  I’ve heard many answers in the over one hundred plays I’ve written, but never like the one I heard from Jason Moens, VP of Product at Flywire, a company that helps businesses move money around the world.

His reason, his ‘why’ for organizing scavenger hunts for his global workforce was, “I’ve been throwing scavenger hunts for years for my daughter’s parties, so I thought I’d give it a go at work.”  OK, that’s not the only reason, but hey, it’s a good one. The other reason Jason gave was he thought it would be a great way to “come to work and not put on a mask as a way to embrace diversity and inclusion.”  What a lovely way of weaving a bit of home (and fun) into the workplace!

Flywire’s scavenger hunts have now been taking place now for over five years, with Jason doing his best to run them in each of their 10 offices.  They’ve been so popular that many employees work their travel schedules around the dates of the events so that can join in.

These scavenger hunts throw people into a blender to solve problems on the fly.” said Jason. 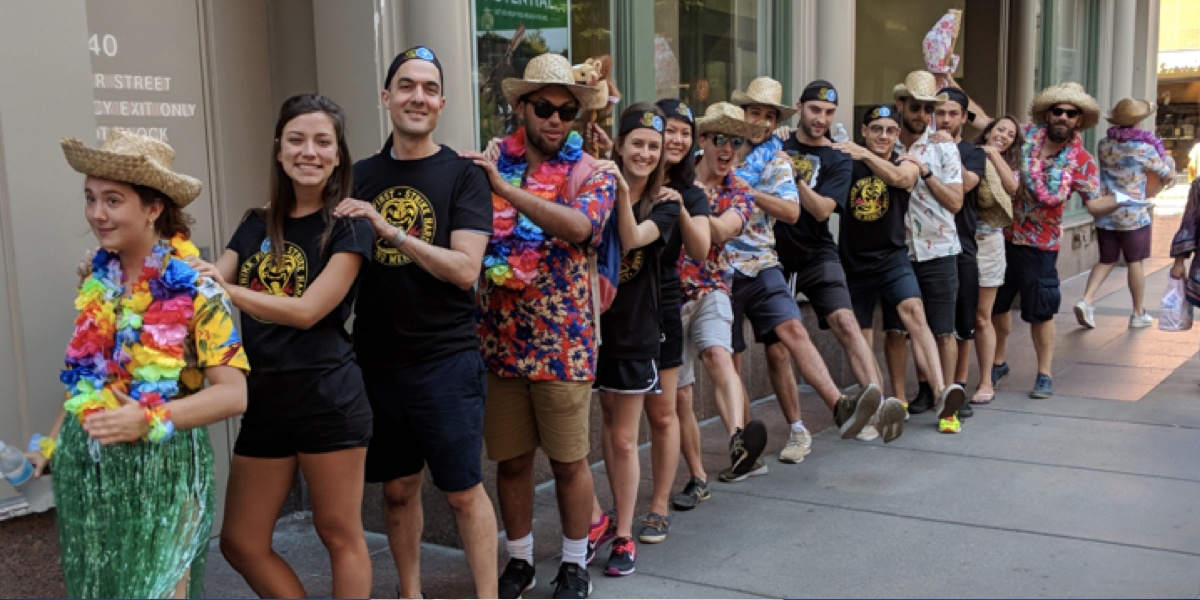 If you’ve ever thrown or participated in a scavenger hunt, you know that they ‘normally’ involve a list of tasks to complete, and that the winning team is the one that completes the list first.  At Flywire, let’s just say that Jason’s approach to scavenger hunts is far from ‘normal’, which is why I believe they’re not only a blast for his workforce, but truly make a difference.

Let’s start with the invitation going out for the event, where Jason begins by saying: “Welcome to a bunch of ridiculousness that is primarily designed to entertain Jason.  Maybe you will have fun, too.” Although tongue in cheek, this sets the tone for the event, letting employees know that it’s not going to be a boring or ‘ordinary’ corporate event.

Next come the rules, which again not only make the event fun. but are strategically designed to get teams to work together and break down barriers.  Here are two examples:

You must take pictures.  There needs to be a picture taken for each task, for if one isn’t taken, the team will earn no points for the task.  In addition, pictures need to be posted in Slack, which not only brings teams together through photos, but also brings others into the mix. This also results in a memorable scrapbook of craziness after the event has concluded.

Teams must stay together.  Teams must work together, they cannot divide and conquer the task list.  As Jason writes in the invitation, “Splitting up will hurt as most of the entries you are hunting require your entire team, and Jason may penalize you if you aren’t working as a team.”  This is great for making sure that teams truly work together, thus improving the team building and diversity efforts. Some tasks require more than one team to cooperate to accomplish a task, thus increasing teamwork even more. 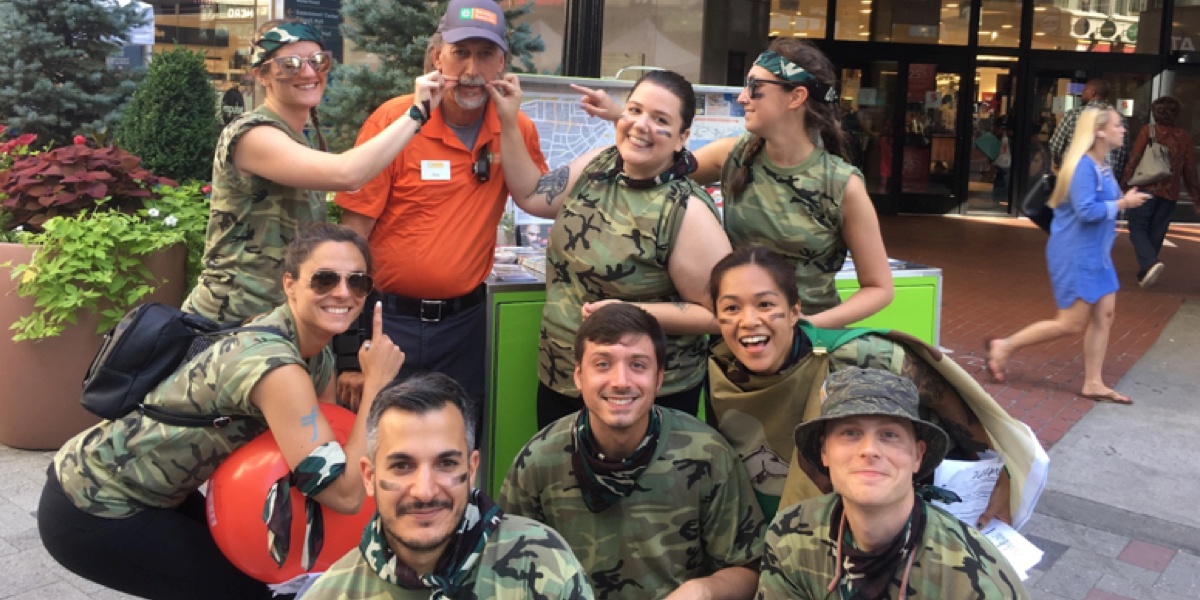 Moving onto to the tasks, Jason’s really outdone himself here by coming up with an extremely diverse and interesting mix of tasks (less than 50% of the 120 tasks were included in the last event).  As you’ll see in the examples listed below, they not only get people out of their comfort zones, doing things they’d not normally do, but also force teams to get creative to complete the task, thus adding to team building.

What also makes the tasks unique and clever, besides the interesting mix of them, is that no team will EVER complete all of the tasks. Teams must form a strategy based on what they think they can accomplish before they meet up at the ‘finish line’ for drinks and food.  Some teams focus on hitting as many landmarks as possible, others interact with lots of strangers on the street to earn points, it’s entirely up to them. The mix of tasks allow for each team to make the day whatever they want it to be. 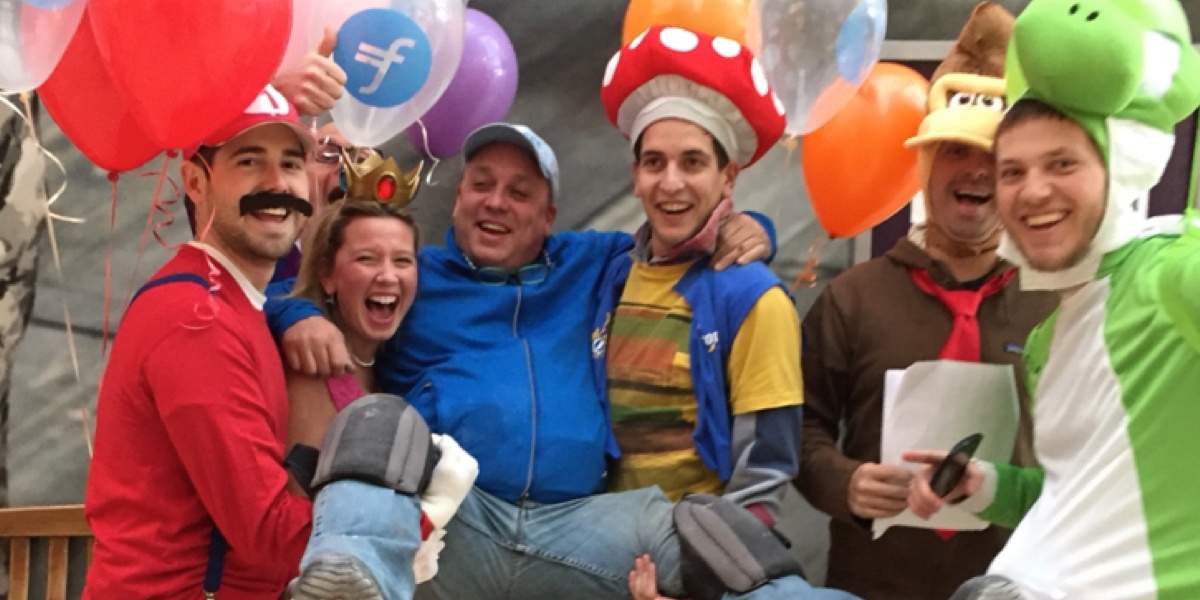 So besides having fun, what have these scavenger hunts done for the business and for the workforce?  Feedback from team members are that they’ve broken down barriers, getting to know people they’d normally not get to meet, let alone spend quality time with.  This helps with teamwork but also with diversity, as employees see each other outside of work, taking off their masks as Jason said earlier, and just being themselves.  As the company continues to grow, events like this are key to the success of the business, creating a workforce that knows and appreciates each other, and knows how to be creative to get things done!  So in ending, my only question to Jason is - when can I join in on the next scavenger hunt?